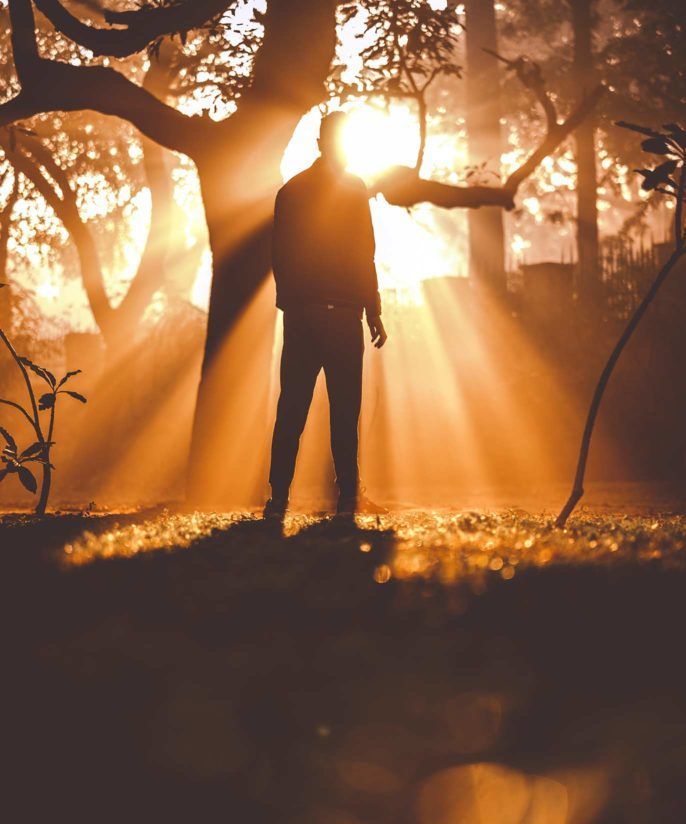 Salvation is the extraordinary gift of God which transcends time and eternity. We receive it in time when we come to know the Lord and it will finally be fulfilled in eternity when we are together with Him in Heaven. We have a hope and a future.

The Second Coming of Jesus is central to the Gospel and is prophesied extensively throughout Scripture. The Book of Revelation opens a window into all that God has planned for His people and also the eternal consequences of rejecting God’s amazing gift, as Jesus also made so clear in many of His parables. It is the knowledge of all that Scripture teaches us about the Second Coming and life after death that adds determination and purpose to our Christian walk. We not only need to know Him now but need to know something of what he has planned for us in the life to come.

So, in this one-off course Peter will lead us through the maze of prophetic Scriptures on a sure-footed journey of understanding and challenge, that will add depth and wonder to our faith as we delight in the extraordinary plans that God has put in place to welcome His people to our Heavenly home. 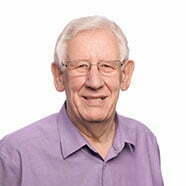 Peter Horrobin is the Founder and International Director of Ellel Ministries International, which began in 1986 as a ministry of healing in the north-west of England. The work is now established in over thirty-five different countries, providing teaching, training and personal ministry opportunities. (www.ellel.org)

After graduating from Oxford University with a degree in Chemistry, Peter spent a number of years lecturing in College and University, before leaving the academic environment for the world of business. Here he founded a series of successful publishing and bookselling companies.

In his twenties he started to restore a vintage sports car (an Alvis Speed 20) but discovered that its chassis was bent. As he looked at the broken vehicle, wondering if it could ever be repaired, he sensed God asking him a question, “You could restore this broken car, but I can restore broken lives. Which is more important?” It was obvious that broken lives were more important than broken cars and so the beginnings of a vision for healing and restoration was birthed in his heart.

A hallmark of Peter’s ministry has been his willingness to step out in faith and see God move to fulfil His promises, often in remarkable ways. His book, Strands of Destiny, tells many of the amazing stories of what God has done in the past thirty years.

Peter has written many books including The Complete Catalogue of British Cars. And for the past thirty-five years he has been the editor of Mission Praise, one of the largest-selling hymn and song books in the UK and originally compiled for the visit of Billy Graham in 1984.

In this season of their lives, Peter, and his wife Fiona are concentrating on writing so that all their knowledge and experience can be made permanently available in book form through Sovereign World Ltd and other publishers around the world. His book Healing Through Deliverance is now a Christian classic.

Ellel Grange is the International Headquarters of the ministry and is where the work began, back in 1986. It is a beautiful country house, from which we offer a wide selection of healing and training events. 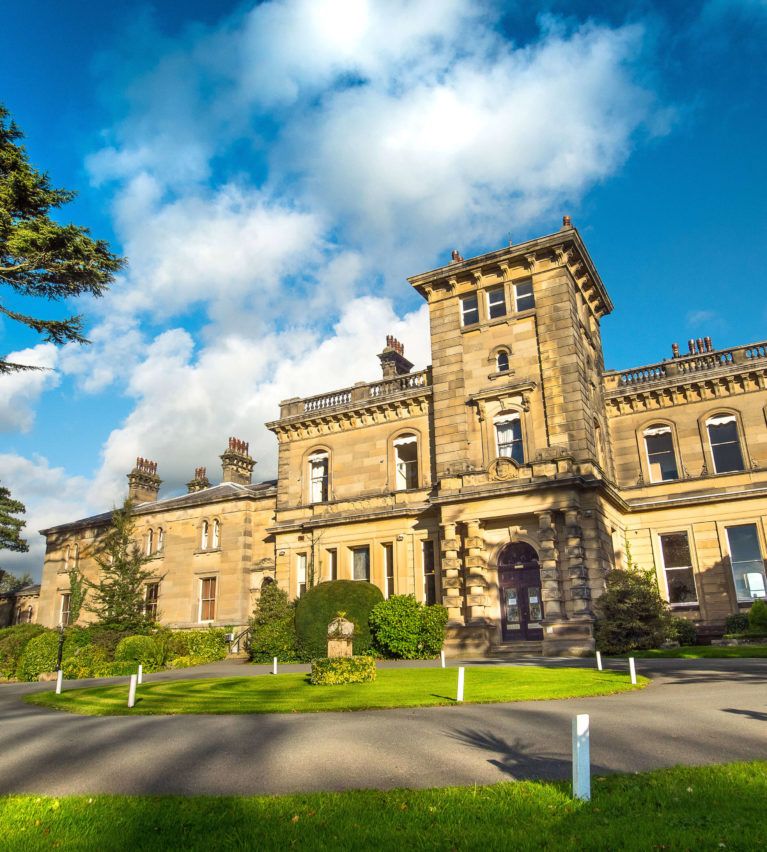 We have a friendly reception team who will be available throughout your stay and will be able to help you with any practical problems or questions you may have. It is open daily from 9:00am – 5.30pm.

We have a main car park for all our guests. Limited blue badge parking is available at the front of the house (all cars are parked at your own risk).

We have limited ground floor bedrooms available so please enquire when booking your room if we have availability. There is wheelchair access from our courtyard entrance and our team will be available to help if needed. Please call ahead so that we can greet you and help you in.

Our kitchen team are passionate about making delicious, nutritious meals for our guests. We are able to cater for some special medical diets if you give us notice on booking and liaise with us. Meal times are typically: Breakfast 8:45am, Lunch 1:00pm, Evening Meal 6:00pm.

For each course you will find there are multiple accommodation options depending on your preference, which are budget (4-6 sharing), standard (3 sharing), twin (2-sharing) and twin ensuite. We provide electric blankets in all our rooms on every bed for the comfort of our guests.

Free WiFi internet access is available throughout the house.

Getting Here and Other Details

A beautiful country house in the North West of England.

Find out more about this location

We are conveniently located less than a mile south of junction 33 of the M6 motorway. After leaving the motorway, take the first turn exit at the first roundabout, and then take an almost immediate first right on to our main driveway where you will see our signs.

Local taxis are readily available to and from Ellel Grange. Contact us for taxi phone numbers, if required.

A bus stop is located at the end of our main drive on both sides of the A6 main road. Buses regularly run between Lancaster and Preston on the A6.

Our nearest international airport is Manchester (MAN), which is 55 miles away. It’s connected to a railway terminal providing regular train travel direct to nearby Lancaster (6 miles from Ellel Grange). From there you can take a taxi. If flying into the UK’s other major airports, Heathrow provides air connections to Manchester, or alternatively take a train from London Euston direct to Lancaster.

For guests staying on our longer term courses or who wish to plan an extended trip in the area, there is an abundance of fantastic places to see and explore.

Ellel Grange is nestled amongst some of England’s finest and most spectacular scenery. To the north there is the exquisite Lake District National Park, home of Beatrix Potter and a walkers paradise (35 miles to Windermere). To the East of Ellel Grange there is the Yorkshire Dales National Park, with stunning limestone pavement, rolling hills and quintessential english farmland and market towns.

Historic Lancaster & The Forest of Bowland

On our own doorstep there is the historic city of Lancaster with its medieval castle and the Forest of Bowland, designated as an Area of Outstanding Natural Beauty.

Or you can explore some of our nearby coastlands, such as Blackpool and Lytham St Annes, with wide open beaches and victorian period promenades, or take in the stunning Morecambe Bay sunset views towards the Lake District mountains.

For a nearby trip, why not visit The Flower Bowl at Barton Grange, the country’s largest garden centre with shops, cafe, cinema, crazy golf, bowling and curling rink! Or try Scorton Barn’s unbeatable cakes and coffee. Wallings is loved for its superb farmhouse ice cream and sundaes (beware the huge portions!). Or take a drive through the gorgeous Trough of Bowland.

A comprehensive look at the nature and character of God and how a distorted understanding of Him can negatively affect your relationship with Him.

Explore A1 – The Big Picture

Gain a biblical understanding of life’s fundamental questions, the healing ministry and how we need to build the foundation of our life on God alone.

A practical, equipping course for those that want to learn more about prayer ministry, focussing on Holy Spirit led ministry rather than techniques.

An in-depth look at how unforgiveness can wreak havoc in your life and how true restoration can only be found through Jesus Christ.

Explore how vital healthy relationships with God and with others are and move on from the damage they have caused you in the past.

Take time together and renew your experience of God in your marriage, bringing restoration and a fresh joy of being together.